A place loved by great actors

Built in the Taisho era, it is a historical theater that was often used as an entertainment facility such as a playhouse and a movie theater, and is a nationally registered tangible cultural property.
It is the only wooden playhouse in the Chugoku region that retains the vestiges of those days.

Introducing the charm of Okinaza with a 360 degree camera

A three dimensions digital technology is used to guide you through "Okinaza" through the video.
You can view realistic three dimensions spaces and experience 360 degrees as if you were actually walking around inside the rooms.
You can also browse places that you cannot normally see, such as the abyss and under the stage.

Construction began in the 12th year of Taisho (1923), and Okinaza, which was built in the 14th year of Taisho (1925), opened in the 2nd year of Showa (1927). Initially, it was built as a playhouse where Kabuki can be played, and later it was used as a theater for a traveling theater company, and then it was also used as a movie theater and renovated with a projection room on the second floor.
At the end of the war, Kokichi Takada, Koji Tsuruta, and Ryutaro Otomo also appeared, but the museum closed around the 35th year of Showa (around 1960). Since then, it has been preserved and utilized while being used and refurbished for various purposes, but it was donated to Fuchu City, Hiroshima Prefecture in the 30th year of Heisei (2018), and it was designated as a national registered tangible cultural property on August １７, the 2nd year of Reiwa (2020). 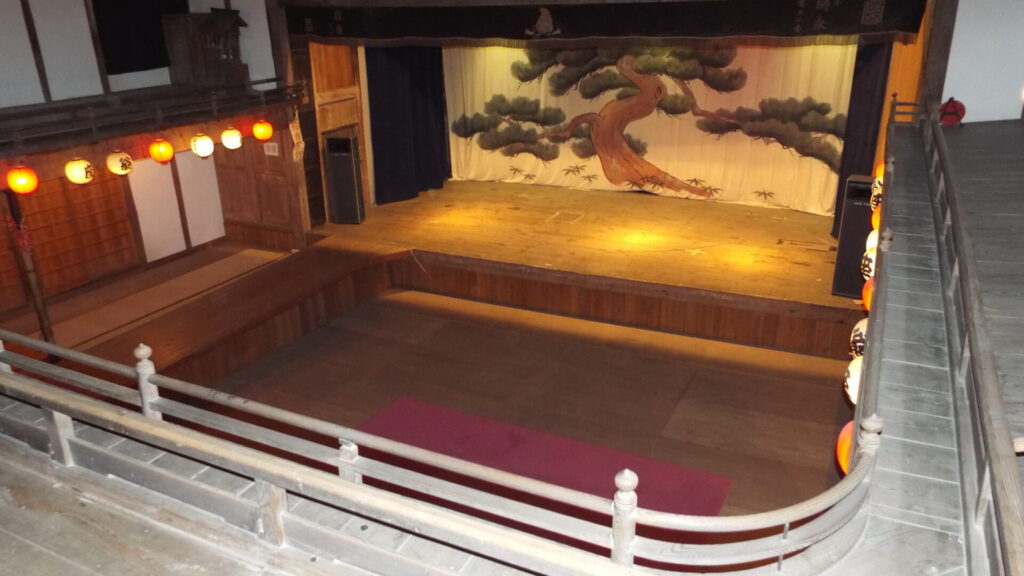 There are haiku monuments by Matsuo Basho, Chomu, and Fucho, who was born in Joge, and ...

Joge used to be a prosperous commercial and financial town as well as a hub of highways connecting various parts of the Chugoku region, ...

The main hall of Zensho-ji Temple is said to have been rebuilt in the 4th year of Eiroku (1561). …