The sitting statue of the wooden pharmacist Nyorai is enshrined.

A sitting statue of the wooden pharmacist Nyorai, designated as an important cultural property of the prefecture, is enshrined.
It is a statue with a height of 149 cm made in the latter half of the Kamakura period.

It is said that the first daikan of the Joge daikan office built Yoshii Temple and moved the Buddha statue from Yoshii Valley.

From the Joge walking map

One night when Ichiroemon Magaribuchi, the first daikan of the Joge daikan office, came to Joge Town and suffered a major illness, Yakushi Nyorai at Yoshii Valleyappeared in the form of a monk on a dream pillow and gave him a good medicine, and the major illness was cured.
It is said that he was impressed by the spiritual test and built a temple at the present location and moved Yakushi Nyorai from Yoshii Valley, which is about 1km north.
This work was made in the latter half of Kamakura period, and is characterized by its splendid medicine pot and the coloring of Edo period. It is an important cultural property designated by the prefecture. 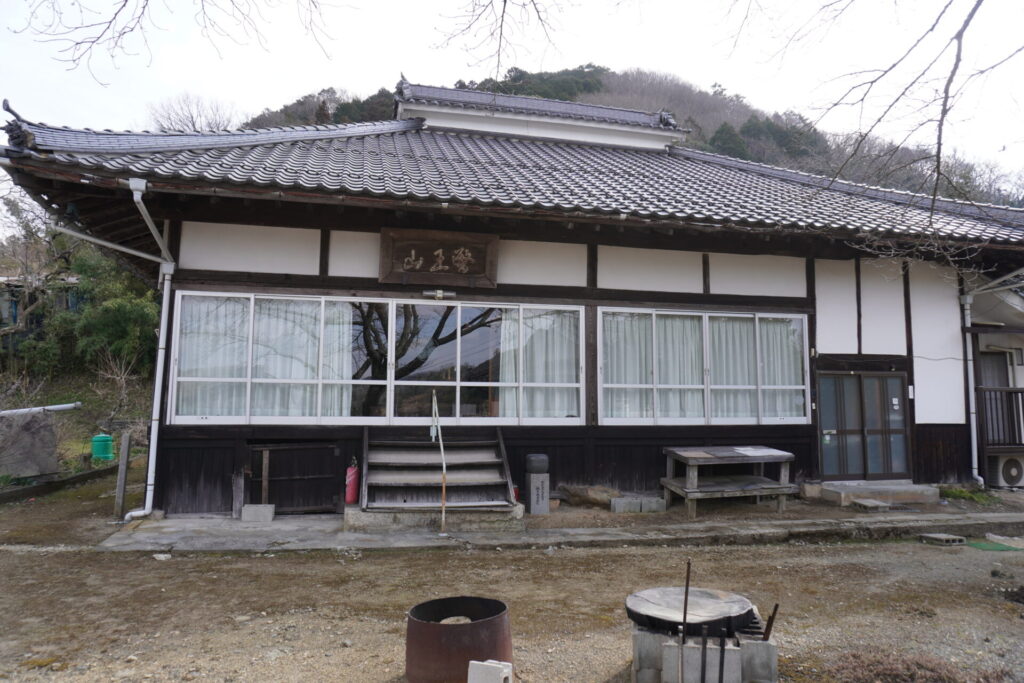 Built in the Taisho era, it is a historical theater that was often used as an entertainment facility such as a ...

There are haiku monuments by Matsuo Basho, Chomu, and Fucho, who was born in Joge, and ...

Anraku-ji Temple is also known as "Satsuki-dera Temple", and in May there were 3,000 shares ...