The seven ponds around the summit of Kamegadake (Mt.

4km north of Fuchu Station, the mountain trail repeats gentle curves to increase altitude, and goes around the first pond, the second pond, and the shores of seven large and small ponds.
Around the time of Konin (around 810), Shomokuji Temple, which was the founder of Aomejojin Kaisan, was built on the shore of this pond.During the Engi era (901-923), it was prosperous enough to have 4 temples on the mountain and 11 temples on the surrounding hillside, but it gradually declined due to repeated fires.The site of the former temple is designated as an important cultural property of the prefecture. 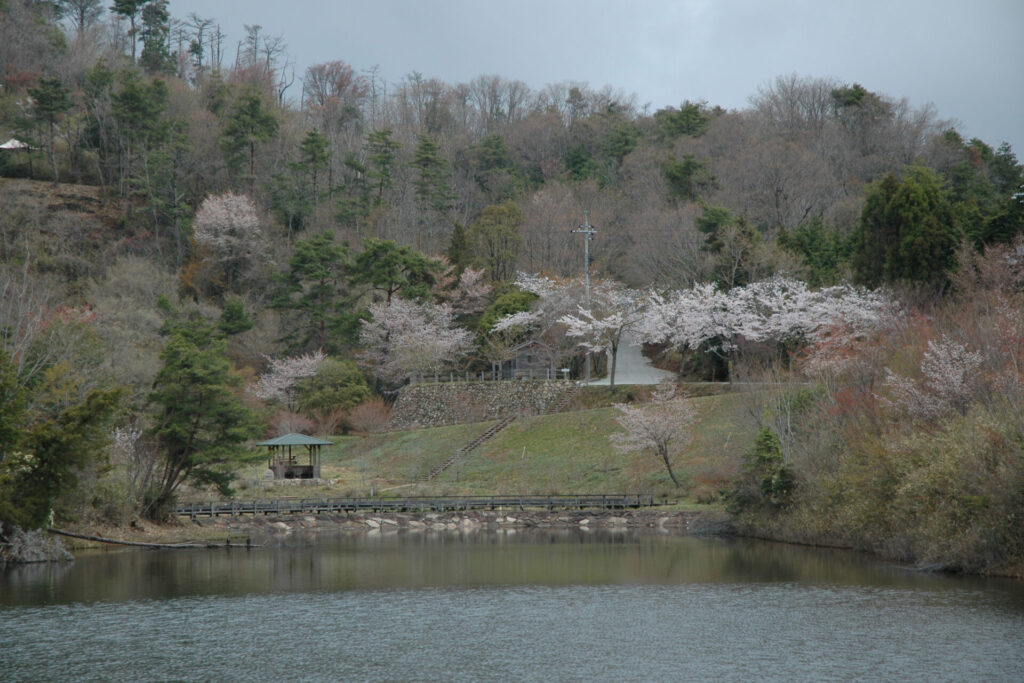 Takeyama is a mountain with an altitude of 738.6m located in Fuchu City in the eastern part of Hiroshima Prefecture.