A place where you can see Japanese national butterfly, Omurasaki

Since the discovery of "Japanese national butterfly, Omurasaki" in Sodonocho in the 55th year of Showa (1980), the "Association for the Protection of the Japanese national butterfly, Omurasaki" has been established and continues to carry out steady conservation activities. Every year from mid-June to early August, it shows its beautiful appearance. In addition, the "Gathering to return Omurasaki to nature" is held on the first Sunday of July every year.

The scientific name for Omursaki is Sasakia charonda (Hewitson). It was designated as the national butterfly by the Entomological Society of Japan in the 32nd year of Showa (1957). When the wings are spread, the male is 11-13 cm and the female is 13-15 cm, with the female being larger than the male. Males have shiny purple wings and females have dull blackish wings. The larval stage feeds on the leaves of hackberry, while adults suck the sap of konara oak, sawtooth oak, and other trees
Omurasaki is widely distributed from Hokkaido to Kyushu, but is listed as a semi-endangered species in the Red Data Book of the Ministry of the Environment.

* Although there is a parking lot, there are some narrow roads to get there, so please be careful. 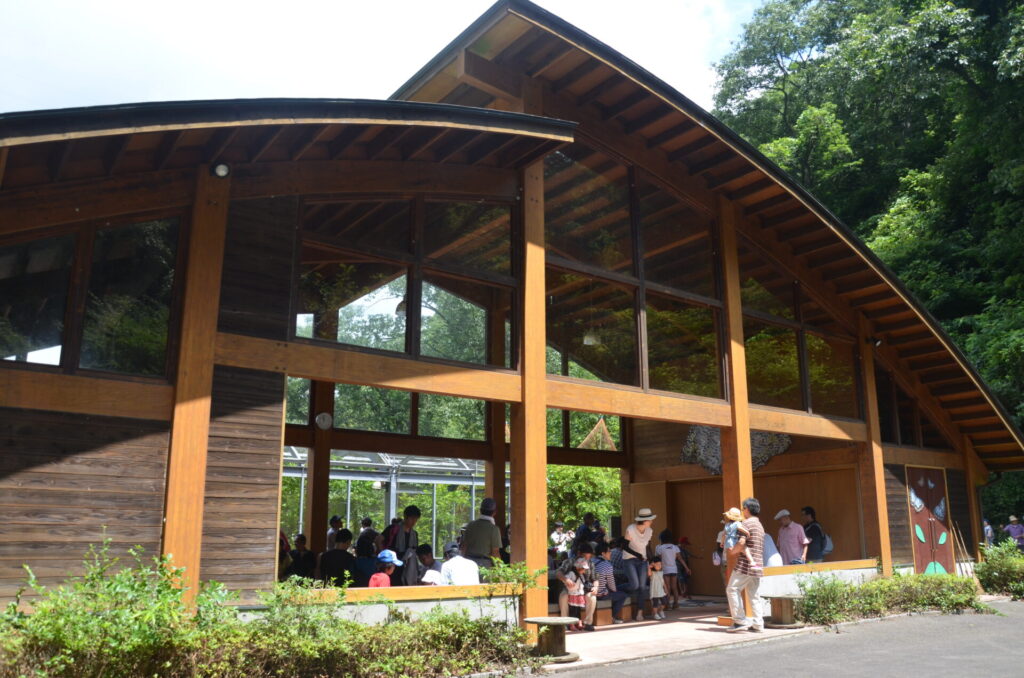